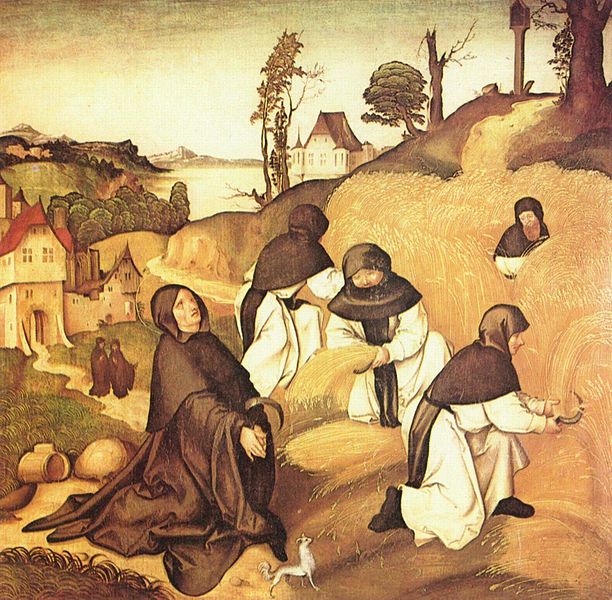 I’m not the most settled of sleepers, so lavender is amongst many of my friends in trying to find a better shut-eye rhythm at night. Hops, valerian – you’ve had your turn too. So that, along with the five star rating from Turinia (thanks, Jonathan Meade), had me pop very few pennies for a bottle of Caldey Island Lavender. Seriously, this is one blind buy that’s easy on the pocket, but does it live up to its top rating?

For the length of time it lasts, yeah, just about. It opens crisp and bright, an anisic lavender almost as clean and refined as un Brin de Reglisse, the latest edition to the Hermessence line. It probably hasn’t had the same level of molecular refinement and resplicing that Hermes afforded Jean Claude Ellena, but does manage to be light and transparent in a similar way, and be some distance from the stereotypical old lady smell often assoiciated with the accord. As Turin points out, this is a blue lavender – crystalline, shot through with sunlight and probably not the best fit for soporific effect.

However, the drydown changes this, and it arrives, oh, ten minutes after initial application. Reminiscent now of Jicky,  it has a musky roundnes, a softness on the skin that some may find difficult to detect due to musk anosmia. It lingers, seemingly insubstantial, a spectre of itself, but nonetheless haunting for all that.

Perfume made by Cistercian monks? Well, who’d have thought it. I’m pleased with my buy, though it’s probably three stars for me. Short review for short perfume.

If you’d like to be in a draw for a decant of this, leave a message below. The winner of the Zizan, Elixir and LP No. 9 draw is Stephen. Stephe, you have mail.