29 January 1992. Another dreary winter day struggled to dawn; he did too, for an early tutorial about his research project. By mid-afternoon, he was sitting in the English common room, pretending to read. Interests and concerns at this point in time: 1) Literary theory, particularly fancypants poststructuralist stuff with at least one set of parentheses and a colon in the title; 2) Acid jazz (don’t ask); 3) clubbing; 4) writing; 5) drinking; 6) fashionable indiekid clothes; 7) the self-important self-regard of a working class intellectual; 8 ) lust more than love; 9) a vague nagging nihilism that veered from feeling like a bout of indigestion to an aching despair; 10) random acts of extreme silliness and laughter. In short, an extroverted yet introspective depressive postgraduate with too much self-regard shielding a set of hopeless insecurities. Today, his life would change.

I met Matt on this day, and it marks our anniversary, seeing as we never got engaged or married. He waltzed in on the arm of a mutual friend, he was visiting from London. He was wearing a bizarre purple stripy shirt from which he’d removed the collar, and ill-matching trousers. A wiry rake, clown-like in his colour, decidedly anti-fashion, decidedly interesting. Bright light had emerged from the darkness, and the path I was taking changed, twisted and righted itself exactly as it should have been. Within weeks, I couldn’t imagine the other possible journeys. Those paths were now murky and uninteresting.

Sixteen years on, he makes me laugh like no-one else, knows me as though he is me, and has a look on his face that still melts me when I see it. He ain’t perfect, but that’s why he is. My light in the darkness.

I’m brightening the mood after last week’s gloom – my anniversary falls at the best place in the calendar to shake me out of my winter torpor, and as it does, my other passions awaken too. I’ve ordered plant seeds, onion sets and been making plans for the garden and allotment. I’m alive with writing ideas. And perfume – gimme the perfume already.

I’ve been craving three scents in particular, none of which I own, and all three of my decants have dried up. Needless to say, I’ve managed to get more of each… In some cases, much much more than I strictly speaking need.

The first is Annick Goutal’s Sables. I used to like this scent, appreciated its herbal opening and the startlingly strong softness of its development. Now I can’t get enough, as though it’s the elixir of life and nothing else’ll keep me going. So, it’s an immortelle scent and I should’ve had enough of these by now – with the old Eau Noire, the kooky Fougere Bengale and the ultra-pricey Luxe Patchouli. But no. On me, the immortelle in Sables is nonpareil. Its oddness escapes language, and yet, in spite of all those quirks, at the moment it’s fitting me like no other. Less maple syrup than maquis hillside in summer. Man, I love it.

The next – an overlooked gem from Lutens non-export line, Un Bois Sepia. It’s a little like Hermes 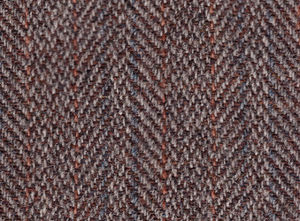 ‘ Rocabar for the first ten minutes or so (and for some makeupalley users, a little like Axe too, apparently), but from this point onwards it charts its own cedar-inflected course. Sweetened by opoponax perhaps, this is a slightly medicinal heavy-materialled Lutens with a familiar ‘is it fruity? Is it spicy?’ scent play that you either love or castigate for being a sugar syrup confection. I’m in the former camp, natch. It’s both fruity and spicy, but quite some distance from the very genetically similar Bois et Fruits, Bois et Musc and Bois Oriental (who all look a lot like their ma, Feminite…). It’s perhaps the most masculine of the bunch and is failing to be summarised prosaically. Tweed, the Lutens site claims. I’ll go with that. I can imagine wearing it whilst strolling around Stornoway, stopping to sup a fine malt in a local pub. And that, for a fantasy, will do me nicely enough.

The final of my cravings is Eau d’Italie’s Sienne l’Hiver. I own a bottle of their Bois d’Ombrie and it’s a potent, masculine tobacco leather incense blend, Bertrand Duchaoufour at his most shadowy and virile. Oooh la la. Sienne l’Hiver, though it dries down to something very similar to its sibling, though a little brighter, is a walk in the etched chill of a sunny winter’s day. Even if the ground is hard, life’s waiting to stir itself in its dank depths, and the drip of meltwater is the metronome counting the ice season’s end. A wet green incense with a very comforting violet and earth accord, this is beautiful.

So, commenters – tell me: 16 years ago – describe yourself. And – what are your current inexplicable scent cravings?